Here’s six on Saturday to share with the propagator and his gang of garden bloggers around the world.

This morning, the full moon set to the west of our garden in Somerset. This was the first full moon of 2020, a ‘wolf moon’ and it was a bright and beautiful moonset. The hedge in this image is the boundary of our garden, and it needs a bit of tidying up…

As the moon set to the east, the sun rose in the west, a beautifully colourful sky over our neighbour’s tree with its lovely fairly lights. 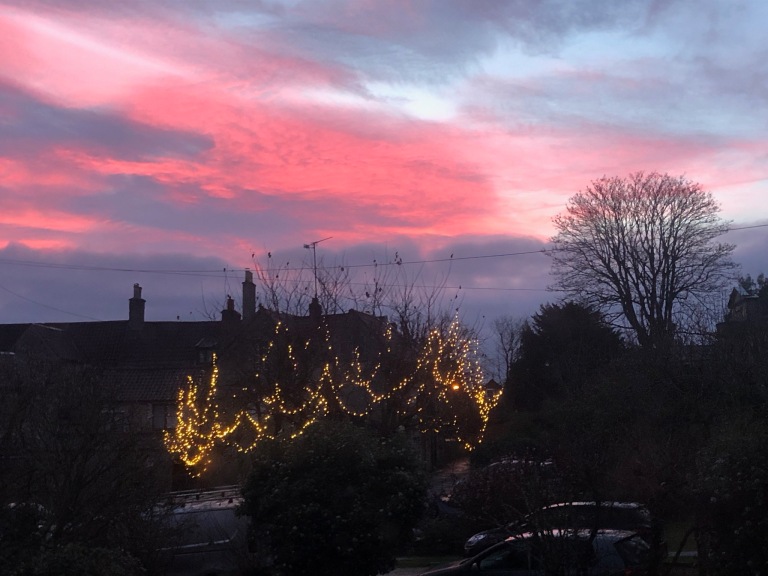 Some in our neighbourhood have turned off the festive lights since Twelth night, and others have not. I prefer to keep the lights on till at least candlemas in early Feb, and think it’s probably best to to have the fairy lights on all year round, in case the fairies need a light when they’re off collecting baby teeth and delivering wishes. 😉

This morning the dawn chorus was rather lovely, I recorded a short snippet…

I’m pleased to report that a few little lettuces have survived the winter.  They look a little startled by the flash as I took this picture in the murky morning light, but I’m pleased they’ve made it so far and will feature in salads and sandwiches sometime soon.

My fifth garden thing is a correction from last month. These little white flowers are not white bluebells as I’d first thought – they’re onion weed, aka Allium triquetum, and they’re edible and rather tasty – like a cross between chives and spring onions. Thanks to those kind bloggers who pointed this out!

Onions weed is invasive and and so we’ll be eating these in order to manage their spread. Fried up with lots of butter and garlic they’re pretty tasty… 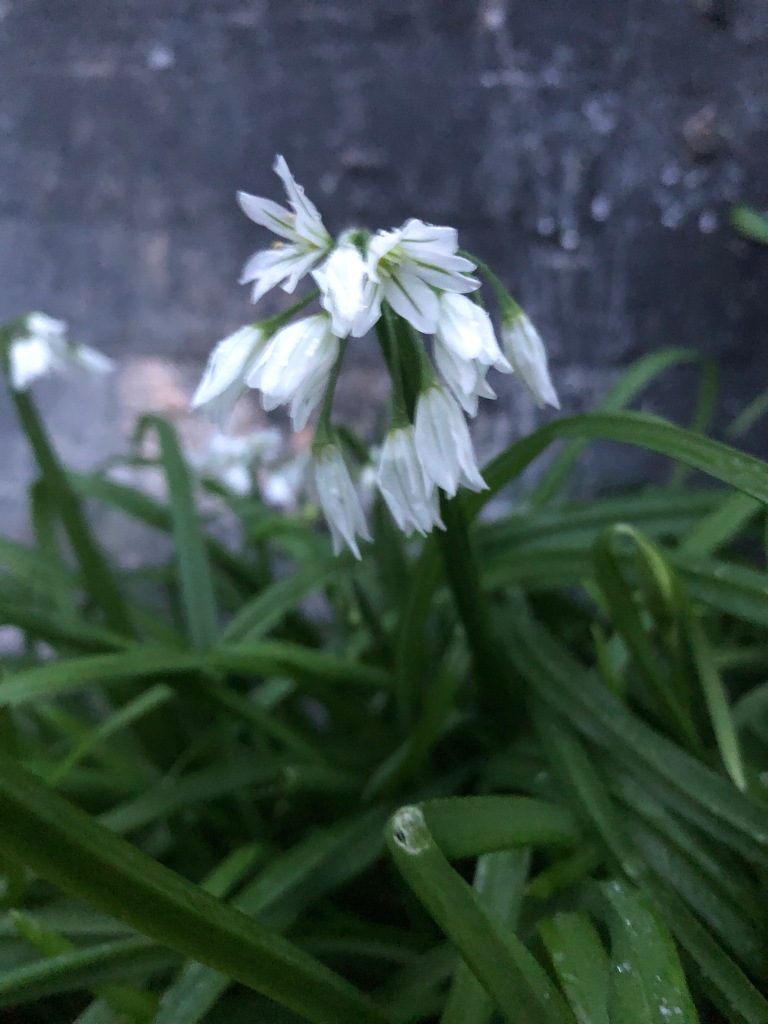 My sixth thing from the garden is a newly planted cherry tree. This is a sweet cherry called ‘hedelfinger’ and I’m hoping for some blossom soon… 🙂 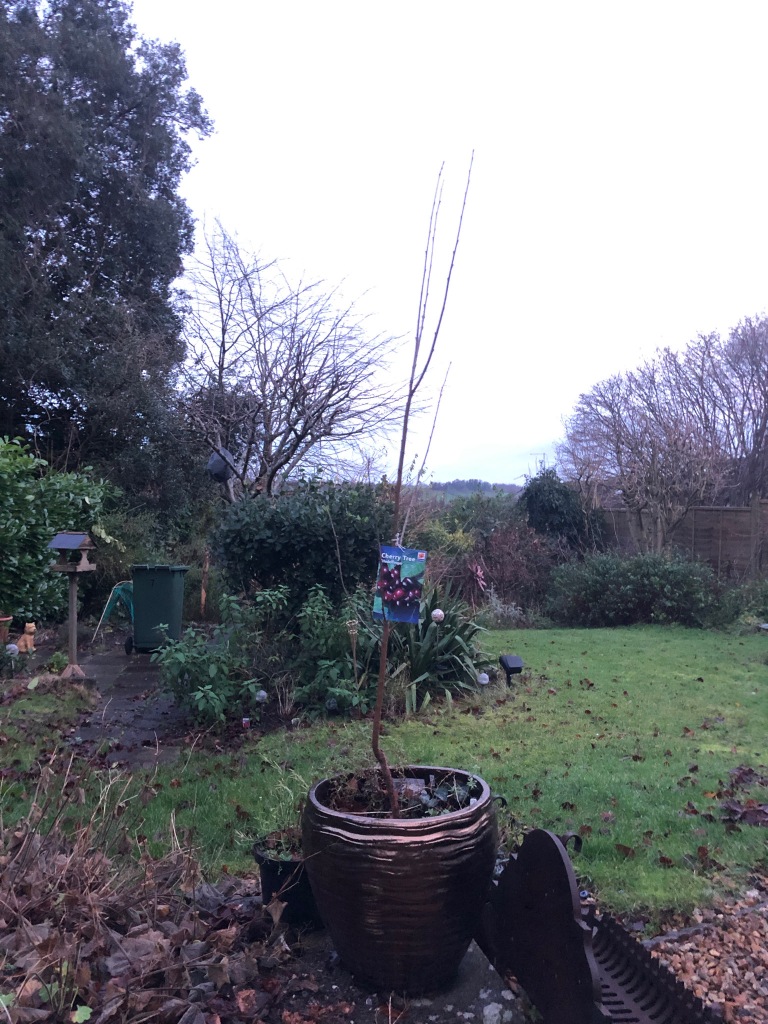 Finally, I wanted to share a link to plug a project I’m working on which I’m very excited about.

I’m marketing manager for Vastern.co.uk , a British timber firm based in Wiltshire, that works with homegrown timber. Tom Barnes, is the 4th generation MD, and he’s genuinely worried for the future of British forests and the long term outlook for British timber.  I’ve been working with him and a crew of my eco-activist film making friends to produce a series of short films  about the future of our forests as we face up to climate change.

The first film is live on Tom’s blog

And yesterday we were in this beautiful setting, making the second film of our series.

As we drove home we went past Stonehenge as the sun was setting, and arrived in Frome to the rising wolfmoon.

Four years ago, I was working in London, at Conde Nast, trying to increase the numbers of clicks on the subscribe button of the Vogue website. This year, I’m spending time in the forests, promoting British grown timber. I think I’m glad I did that plan to get out of the office and spend more time outside. It has not gone at all as I expected, but it’s turned out nice again.

As ever, I hope your plans and plants are coming along nicely.

Six on Sat: Give peas a chance 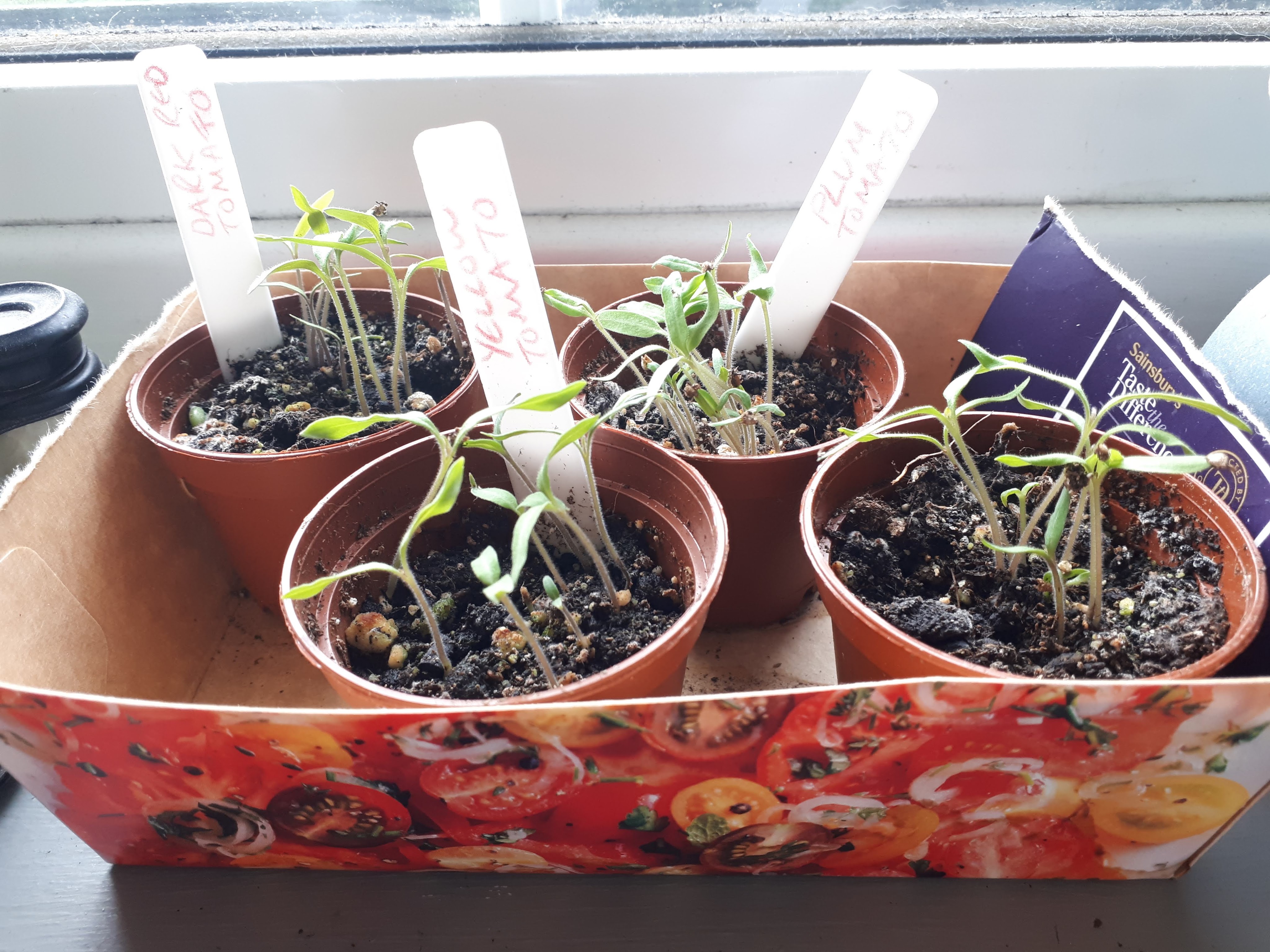 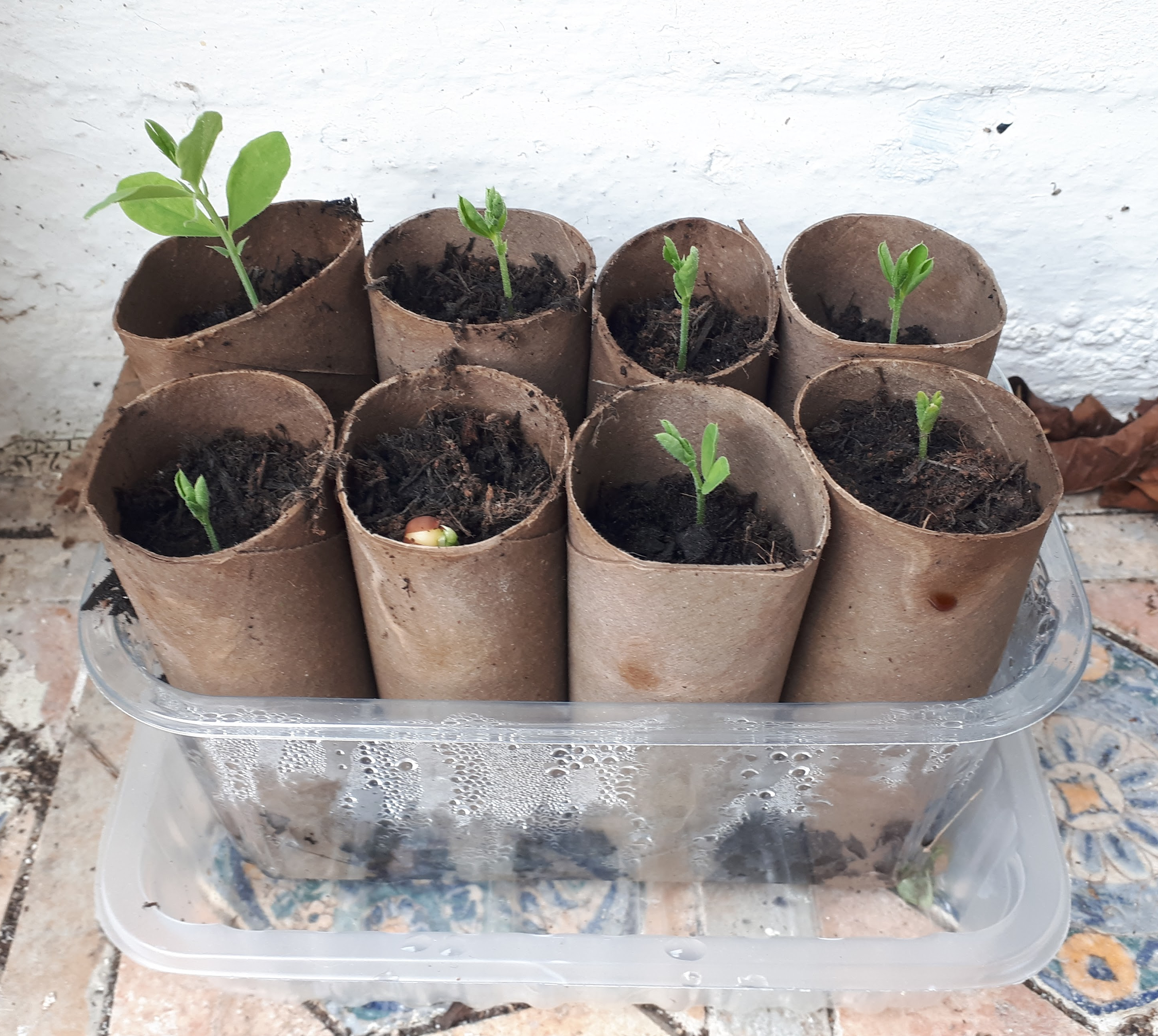