Today’s bouquet, no. 96, with Gladioli ‘White Prosperity’ and Dahlia ‘Kennemerland,’ anemone, hibiscus and crocosmia. I did a quick sketch as well as a photo.

Gladioli ‘White Prosperity’ is one of the top ten flowers sold worldwide, but I can’t help thinking the name sounds a bit colonial, if not actually racist. Maybe I attended too many diversity training sessions while working at the Guardian.

I called this bunch ‘Prosperity’ and put it on sale at FromeBlooms.com, for £20. But it’s now a couple of weeks since I sold anything, so the name may prove to be inappropriate… I’ll keep on keeping on with Today’s Bouquets for a little while longer, but in all honesty it’s unlikely to make me a living in the next few months, and I’ll have spent all my savings by the end of the year. My accounts show only a tiny profit from the online flower shop so far, and a slight loss from going to the Frome Independent market (once insurance costs are considered).

So, I may have to return to the world of work soon, which wouldn’t be so bad, but wouldn’t be as good, as Doing The Plan.  Time for a think and another cup of tea.

As I finished that paragraph, and looked up from my garden desk, the sun came out after a rainy day, and half a dozen cabbage whites emerged from nowhere to lay eggs on the Brussels Sprouts, so their caterpillar offspring can eat what’s left of my brassicas.

And ‘Heaven Knows I’m Miserable’ now plays on the radio! ‘

I hope your garden plants and plans are coming along better than mine, and that now and then you hear a perfectly appropriate song that makes you laugh out loud! 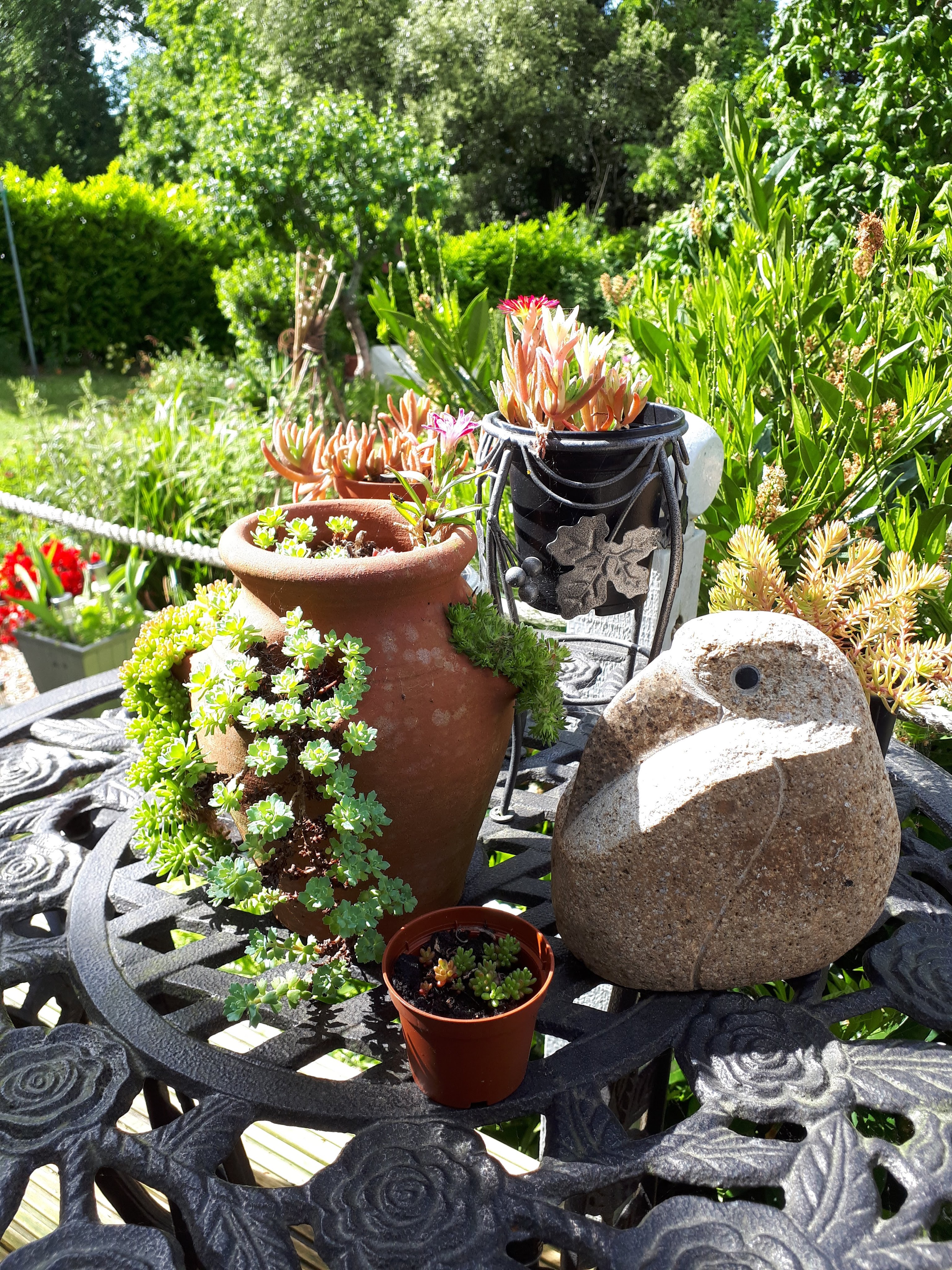