The gang at Cathy’s blog, Rambling in the Garden, are celebrating her 4th anniversary of ‘In a Vase on Monday.’  It’s a cheerful and addictive wordpress gardening meme, where participants collect seasonal flowers and foliage to display at the start of the week.

To celebrate the 4th anniversary, Cathy asked participants NOT to use a vase this week.

I was pondering what might be a suitable container, when my wellies caught my eye. With a couple of jamjars inside, they seemed to be perfect for this week’s collection.

It’s very late in the season here in Somerset, and it seems like all the leaves on many plants, like the cornus, have fallen in the last week.

The best of what remains were some foliage from the silver pear tree, and a few nicely yellowed willow stems, and my everlasting, ever faithful ‘Woolworths Rose’ which I bought from Woolworths at least 15 years ago, as a bargain bare root. 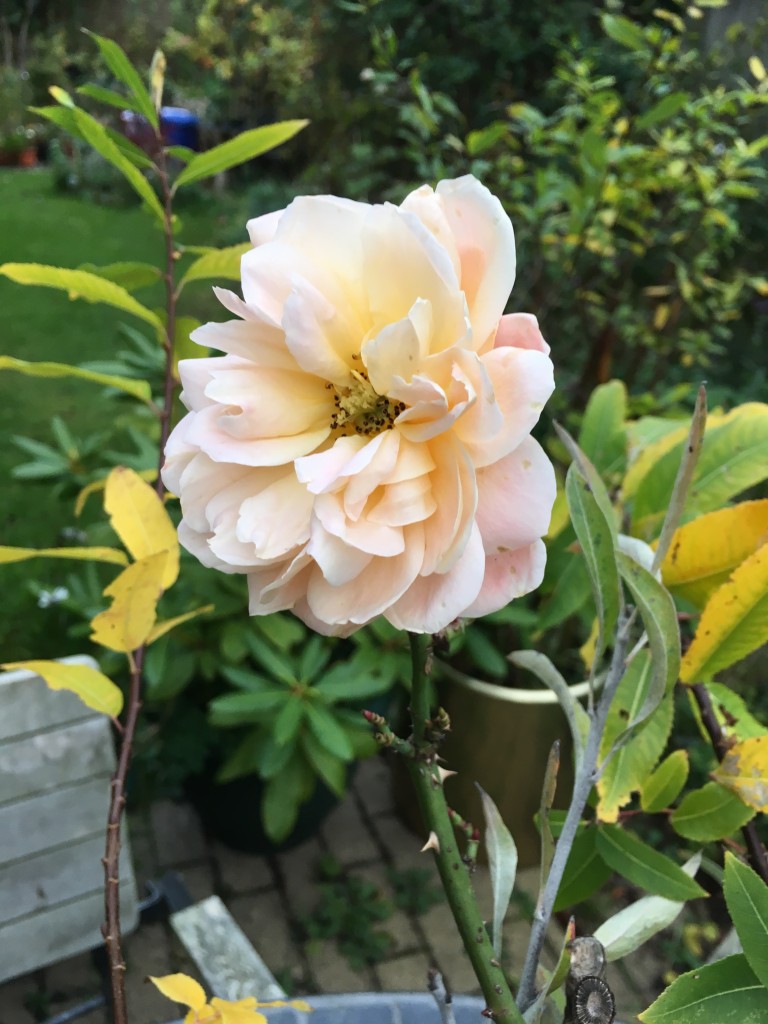 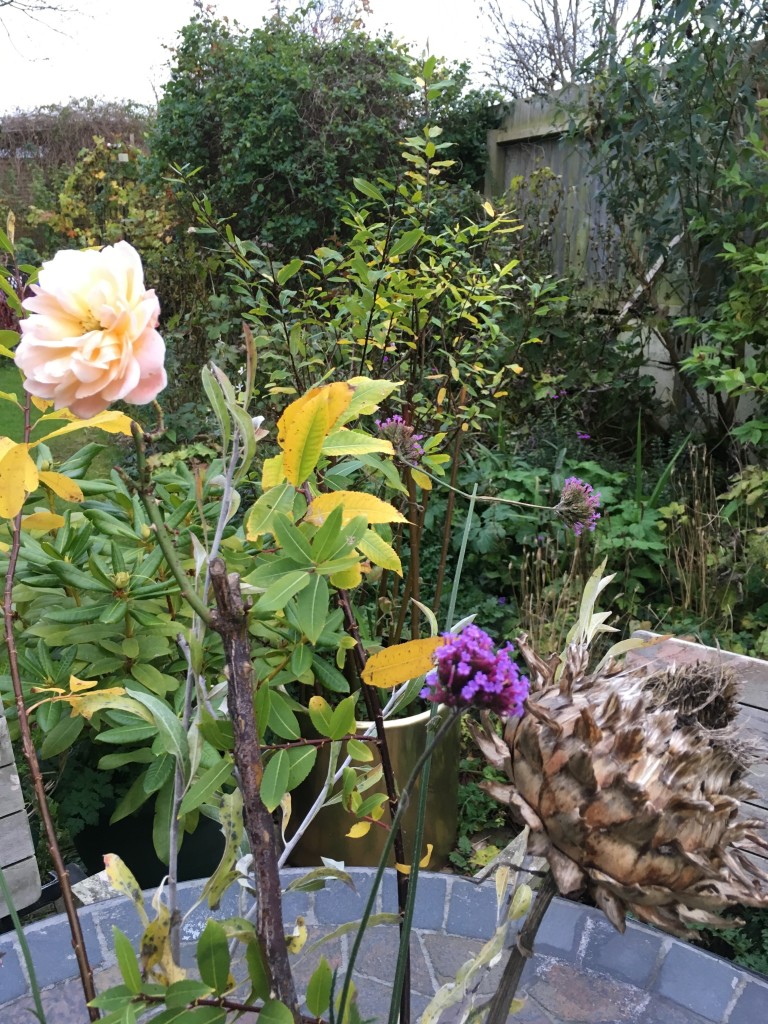 I added the last hollyhock  from the garden to the mix, along with some verbena and salvia which are still producing blooms.

Finally, I popped them into an hexagonal enamel vase, which is more suitable for display on the dining table.

Head over to Cathy’s blog to see what the gang are sharing ‘in an alternative container to a vase on Monday.’

8 thoughts on “Late autumn flowers in wellies on Monday”

The problem with peat and profitability 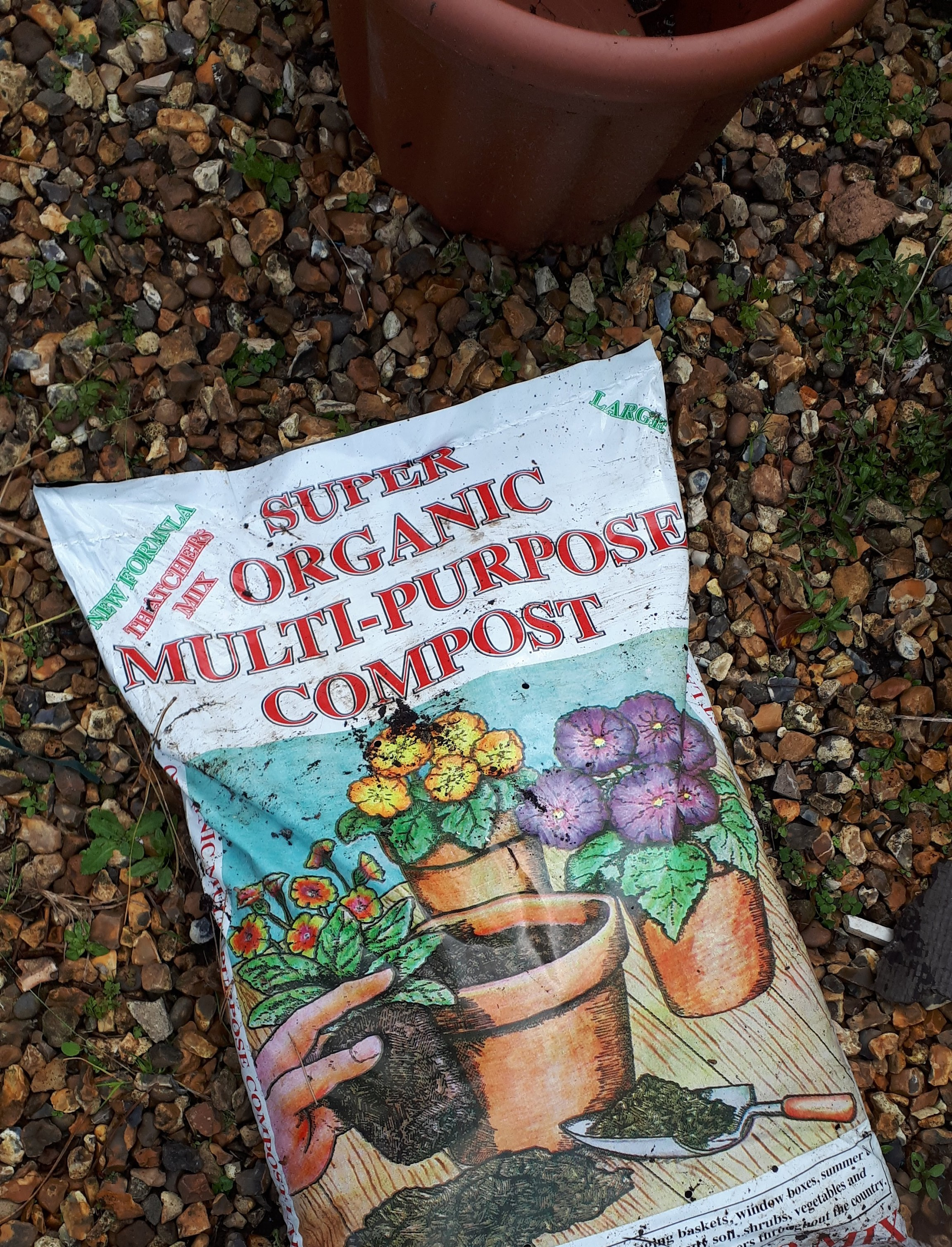 Six on Saturday: Rainbow, Pansies and a new shed

Frome Climate Panel says “let’s do it all”